The Next Big Thing

Well, the lovely Leigh tagged me in this, so I thought I better post it up! I was going to write about Sun-Touched, which is the novel I’m going to be preparing for submission in the near future, but then changed my mind and thought I would share a little about ‘Burn‘ with you. It’s ready for it’s final pass before it’s out the door – SUPER excited to submit something. This ties in nicely with SpecFicNZ blogging week in that I get to tell you a little more about what I’ve been working on recently 🙂 I do love this story.
What is the working title of your book?
The novella has been dubbed ‘Burn’ and I’m so bad at titles that I probably won’t change it 😉
Where did the idea come from for the book?
I initially got the idea a few years ago for a short story challenge that my writers group were doing. I never got around to finishing the piece, but I did write a few hundred words of the intro. That scene still takes place in the story, with some of the original words in place even (though it’s not longer the intro!). It wasn’t until this year that I actually re-envisioned the idea and wrote it.
What genre does your book fall under?
This is a fantasy story.
Which actors would you choose to play your characters in a movie rendition?
This is one of the questions I hate the most when it comes to these kinds of things! I’ve never successfully cast actors in the roles of my novels, and I think that’s because in my writing I like to leave character appearance broad enough that readers can create their own images of what the character looks like. One that they can connect with. That said, for this story I did actually look for some inspiring photos, and I’ll share those with you here. The first is the woman that brings Carmel (my main character) to mind for me (though of course, in like, fantasy clothing lol). 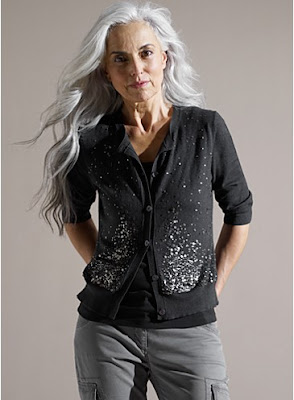 And this next one is an image Leigh posted on my facebook timeline. She found it and immediately thought of my novella. This IS Serafina (okay, it’s actually Pele, I had totally forgotten about that fire goddess!), and every time I look at it, I shake my head in wonder.

What is the one-sentence synopsis of your book?
Arg one-sentence synopsis!!! Bane of my existence… Alright, I will try…
When Carmel’s son dies, his last wish is to be burned in the fires of the Goddess Serafina. Can Carmel escape the city and make it to the mountain? And if she does, will the Nivaen goddess accept her half-caste son, or will her journey have been in vain?
Will your book be self-published or represented by an agency?
I wrote this for a particular anthology, so fingers crossed that works out. If it doesn’t, I’ll certainly look at finding another publisher for it, and if that doesn’t work out, I could see myself self-publishing.
How long did it take you to write the first draft of your manuscript?
About a month! A couple of my writing buddies set aside a month to knock out the first draft, and we cheered each other along.
What other books would you compare this story to within your genre?
Again, this is one of those questions I struggle with. I really don’t know…
Who or What inspired you to write this book?
Well, it was a combination effort between Anna and Meryl. Anna posted the anthology guidelines to our group, and Merrilee was all ‘SHINY! I can do that, you should totally do it too.’ At which point I realized I did have something that I could develop for it, and then we wrangled Anna into playing as well. (Yes, PLAY!). It’s been great to all work towards something longer than short stories, for the same market, and I’d be thrilled to see any of them appear in it.
What else about your book might pique the reader’s interest?
The main characters are a woman in her late middle ages, her dead son, and her baby grandson. A few others crop up along the way, but those were my staples. It was an interesting experience writing with this limited cast. Basically, it’s a story about a woman returning to her roots on the premise of burning her son according to her native culture, but alongside that it’s about her rediscovering who she is, and what her purpose is, after spending more than half of her life in captivity.
Thanks for reading! Cross your fingers for me 🙂
Oh, right. I’m meant to tag some other writers. I almost forgot! The following are some of my core writing crew (the ones that haven’t already been tagged yet, anyway), and I know that they are either in the process of getting something ready for publication, or just about finished with their first drafts (hint hint, Tama. You done yet?? 😉 ).
Take it away, Anna, Meryl, and Tama…